Books to vote on

On 1/10/15 and 1/17/15 we will vote on the next round of books.  Please send your book suggestions to Kevin.Sanford.Fox@Gmail.com.  The books currently suggested and book leaders are:


The book demonstrates that the Earth is in the midst of a modern, man-made, sixth mass extinction. In the book, Kolbert chronicles previous mass extinction events, and compares them to the accelerated, widespread extinctions during our present time. She also describes specific species extinguished by humans, as well as the ecologies surrounding prehistoric and near-present extinction events. The author received the Pulitzer Prize for General Non-Fiction for the book in 2015.

Jim
The Light Between Us: Stories from Heaven. Lessons for the Living. by Laura Jackson

Laura Lynne Jackson is a wife, a mother, a high school English teacher—and a psychic medium. Where most believe an impenetrable wall divides the world between the living and the dead, Jackson sees bright, brilliant cords of light that pass through a barrier as thin as a sheet of paper. Her gifts tested and verified by some of the most prominent scientific organizations studying paranormal phenomena, Jackson has dedicated her life to exploring our connection to the Other Side, conversing with departed loved ones, and helping people come to terms with loss. In The Light Between Us, she shares her remarkable journey and the lessons in love she’s learned along the way.

Doug
Empire of the Summer Moon: Quanah Parker and the Rise and Fall of the Comanches, the Most Powerful Indian Tribe in American History by SC Gwynne

The vast, semi-arid grasslands of the southern Great Plains could be dominated by hunters and warriors on horseback. In the first half of the nineteenth century, the Comanches, often referred to as “lords of the Plains,” were the single most powerful military force in the region, to the frustration of both the Mexican and U.S. governments. In this engrossing chronicle, award-winning journalist Gwynne traces the rise of the Comanche people from their roots as primitive bands of hunter-gatherers to their mastery of the horse and emergence as the feared power brokers of the area. At the center of the narrative is the charismatic Quanah Parker, who skillfully navigated the gaps between his traditional culture and the emerging, settled culture of the late-nineteenth century. Quanah was the son of a Comanche warrior and a woman named Cynthia Ann Parker, who was kidnapped at the age of nine and chose to stay with the Comanches. Quanah was a brilliant, feared war chief who guided his people in adapting to new realities after their final suppression by the U.S. Calvary. An outstanding addition to western-history collections. --Jay Freeman --This text refers to the Hardcover edition.

James
The road to character by Jim Brooks

Brooks tells us in his introduction that his book is about "how some people have cultivated strong character. It's about one mindset that people through the centuries have adopted to put iron in their core and to cultivate a wise heart. I wrote it to save my soul."
Posted by KFox at 6:33 AM No comments:

Chaucer's Tale: 1386 and the Road to Canterbury 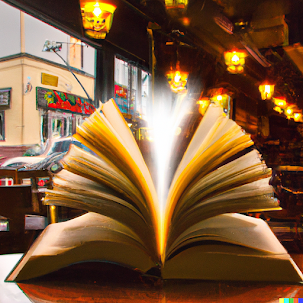 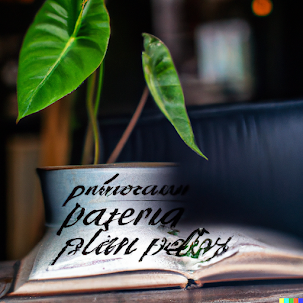